The Do's and Don'ts of Hashtags What was once known as a pound sign—#—is now known to everyone as the all-powerful “hashtag.” Thanks to social technology expert, Chris Messina, the hashtag was born in August 2007 when he tweeted “How do you feel about using # (pound) for groups. As in #barcamp [msg]?” Soon after, hashtags were created in order to help group and categorize posts using a keyword or phrase. Since then they have gained significant traction and become a phenomenon, with almost all social platforms recognizing hashtags. Today, businesses can use hashtags to ignite discussion around their brand, products, and services. However, when used improperly,  hashtags can actually have adverse effects such as deterring consumers from your brand altogether. Read up on our key do’s and don’ts for hashtags that’ll keep your business on top.

Capitalizing the first letter of each word in a hashtag is the easiest way to ensure users are reading your hashtag correctly (for example #BostonDigital rather than #bostondigital). There have been many cases where hashtags were read incorrectly and mistaken for another message, often an inappropriate one. Capitalization provides clarity to the message you are presenting in your hashtag by avoiding any ambiguity of where one word ends and the next begins.

A hashtag is also not the time to use metaphors or allusions. Oftentimes marketers will try to come up with clever hashtags, but this presents a risk of alienating some of your audience if the joke or reference doesn’t transfer well. Being straightforward and to the point with what you are trying to convey will save your audience time and promote a better brand experience.

Social Marketing Writing found that tweets with hashtags receive 2x more engagement than those without hashtags. However, they also discovered that tweets with one or two hashtags have 21% higher engagement than those with three or more hashtags. Limiting your hashtag usage to a maximum of two per post is a good rule of thumb, though often one (or even none) is sufficient. 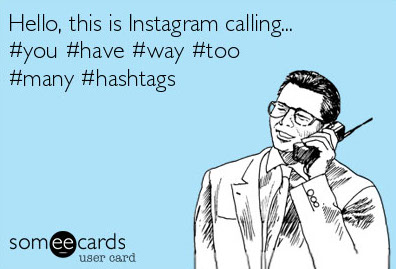 DO- Use Popular Hashtags

Participating in trending hashtags that are relevant to your company or brand values is a great way to gain more brand exposure. Here at Boston Digital, we use the popular #MotivationalMonday tag to start each week off on a note of positive encouragement. 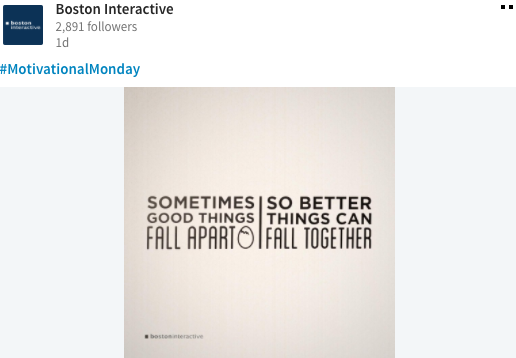 When researching a trending hashtag that can work well for your posts, use the search bars of social platforms to browse keywords relevant to your topic. All of the posts that have used that hashtag will be shown in one library. The more posts that have used the tag, the larger the audience you will be able to reach. However, the more posts using that hashtag also means the more content you have to compete with. Finding a balance between a tag with a large following, yet small enough that your post won’t get instantly buried by endless content is key.

#LongHashtagsAreHardToReadEvenWithCapitalLetters. Lengthy hashtags are complicated and difficult for consumers to read. Even with the use of our capitalization tip, no one will want to take the time to decipher this. If you’re feeling the need to use more than a few words in your hashtag, it’s best to type it as regular text. Keeping your hashtags short and sweet will not only ensure easy consumption, but also makes your tag more memorable and impactful.

DO-  Use Hashtags in the Body

Hashtags don’t have to just be an afterthought added to the end of a post to categorize it. They can be sewn into the actual body of your message if it includes a keyword or phrase you are trying to highlight. This is especially useful when using a site like Twitter that enforces a character limit. For instance, in this post from our Twitter account we wanted to highlight “content marketing” with a hashtag, but because of the character limit it had to be done in the body of the message rather than at the end. We ended up being able to capture our full message and make use of a relevant hashtag by intertwining it into our content. 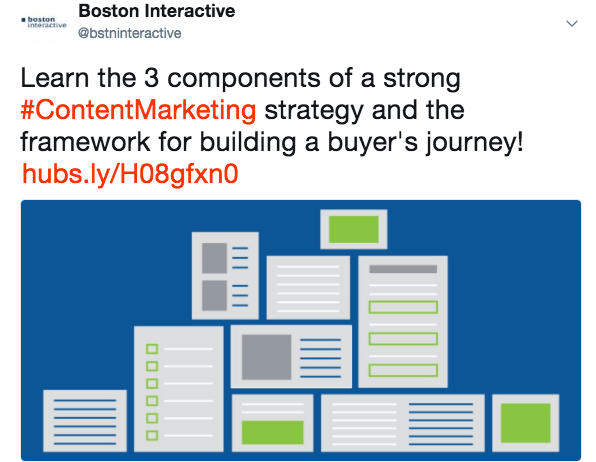 Sometimes, businesses will include trending hashtags that are completely irrelevant to their post because they want to attract a larger audience. This tactic may result in more exposure, but it will ultimately cause significant frustration among those who are seeking different information. This can easily get your message marked as spam, which paints your company in a less than favorable light. Our best advice when it comes to hashtag relevancy is to only tag a term if the users searching that topic would find your content helpful.

DO- Encourage Others to Use Your Hashtags

Encouraging your audiences to use your company’s hashtags can help to promote your brand and expand your reach into untapped networks. Late-night hosts like Jimmy Fallon are notorious for starting hashtag trends by selecting a topic and telling their audience to tweet them using hashtags such as #MyKidIsWeird. You can do the same by encouraging your audience to tell you about an opinion or experience using a specific hashtag. You’ll be able to see all the posts with that hashtag, allowing you to respond and engage with your consumers.

Hashtag usage has exploded since its introduction in 2007. Today hashtags are everywhere and have quickly become a crucial part of marketing. Coca-Cola’s #ShareACoke campaign alone increased sales more than 2% back in 2012. Numerous companies have experienced similar success with the integration of hashtags into their marketing strategies. Hop on board and let hashtags help your company to flourish online.

Have more tips? Let us know on Twitter or LinkedIn.

Using SEO to Market Across Generations

Digital Media Buying 101: What You Need to Know to Get Started

How To Build A Content Strategy To Increase Leads Now

What Is Digital Marketing: The 3 Basic Components