With a new year comes a fresh slate of sales spreadsheets and marketing reports. You’ve added that new column, topped with 2017, and you’re anxious to start filling it in with numbers much larger and much more impressive than the previous year’s.

One of the many ways you’re hoping to increase your year-over-year performance is through advertising. But where should you spend your budget? New reports show that 2016 was the year digital advertising overtook traditional TV, and 2017 is looking even better for online media.

According to eMarketer, 36.8% of ad spending ended up online, at long last surpassing TV by 0.4 points. With more than $140 billion spent between the two mediums, those 0.4 points work out to about $800 million in additional revenue for digital. 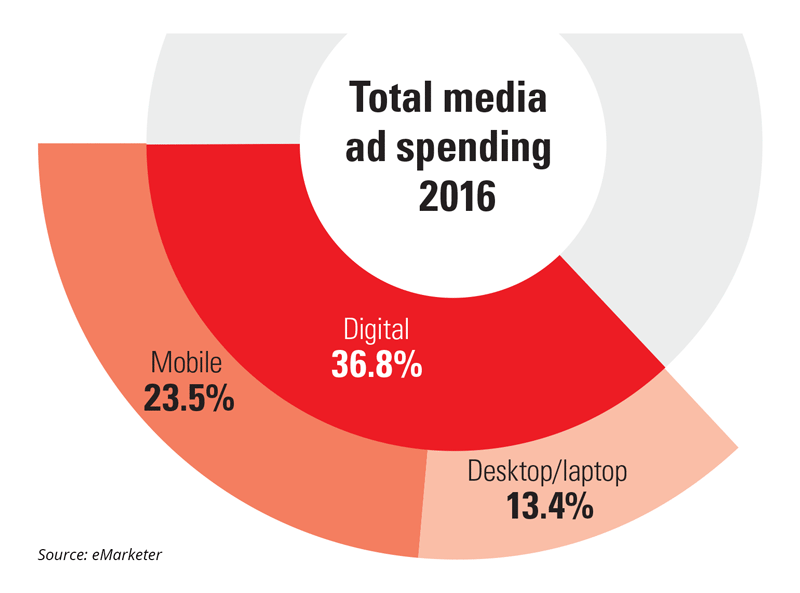 eMarketer is confident 2017 will only see continued growth. The firm projects digital advertising revenue will make up 40.0% compared to TV’s shrinking 35.1%.

Where Is the Spending Going?

With more than $70 billion funneling into the digital advertising world, two major players dominate the online landscape: Google and Facebook.

Google has always been the leader in digital advertising, which makes up nearly 90% the company’s revenue. In 2016, the search giant took in 41.0% of ad revenue spent in the U.S.

In a distant second place, Facebook made up 16.6% of U.S. ad revenue. If you break down social media spending further, you find that Facebook is crushing its competitors—it controls 77.7% of all revenue spent on social media advertising. 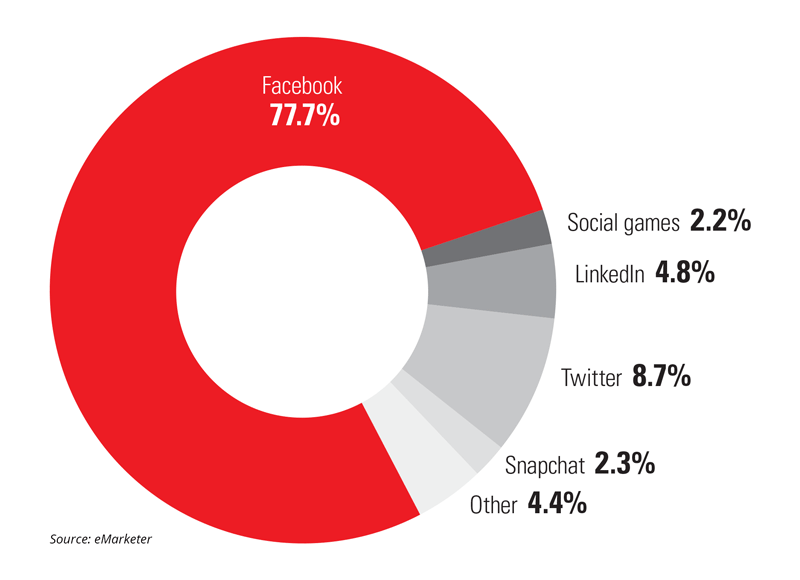 So this sort of begs the question, doesn’t it? If Facebook is such a hot advertiser, how effective is it?

This question is particularly compelling, especially to us at Boston Digital. We work with a lot of B2B (business to business) clients, and at first glance, you might think Facebook and B2B advertising are incongruous—they just don’t mix.

But you may be surprised.

Marketing agency Regalix surveyed B2B marketers worldwide and found that of the 67% who use social media advertising, 58% believe Facebook to be an effective use of their media budget.

But isn’t Facebook just for checking in with old friends from high school? How can a business expect to attract potential buyers there?

Don’t forget: Facebook is used in large part as a source of news. While it may not be the sole source for U.S. adults, 44% do get their news from the social media behemoth.

It’s hard to know exactly what these B2B marketers are advertising—are they pushing “buy now!” messaging? My guess is, if they are doing that, they’re probably not part of the 58% who find Facebook effective.

If we seriously consider Facebook as a news source, it’s much more likely that successful advertisers are promoting thought leadership content to attract their targeted personas to their site—promoting blogs, ebooks, webinars, etc. Facebook might be used in more top-of-funnel strategies, drawing people into the advertiser’s site and converting them to a lead there.

If your target audience includes millennials, Facebook is ripe for your advertising dollars. Many people assume Facebook is falling to the wayside as other, “hipper” platforms catch headlines, like Instagram and Snapchat. While those newer sites certainly have attracted attention, millennials seem wary of severing ties with their beloved Facebook.

Adweek shared findings collected by Mary Meeker on millennials’ usage of social media. Meeker found that Facebook far surpasses its competitors both in terms of reach and engagement. As you can see from the graph below, Facebook remains in a class of its own, capturing nearly 100% of millennials and keeping them on the site for more than 1,000 minutes per month (that’s 16.67 hours for those of you trying to do the math in your head). 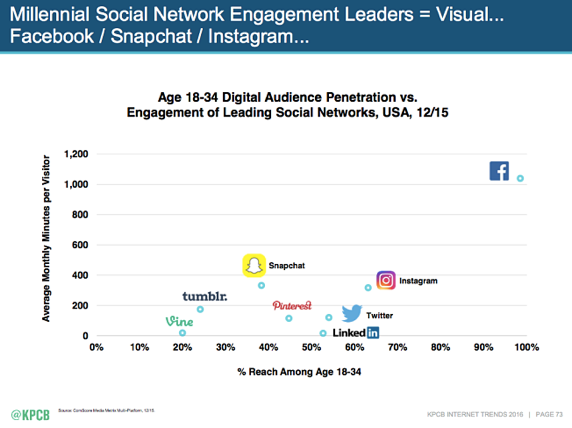 Another prime opportunity for Facebook advertising is through video. Facebook’s video platform has become a force to be reckoned with. When compared with YouTube’s advertising, an eMarketer report reveals that 43% of U.S. marketers believe the ROI (return on investment) of Facebook’s video advertising services outperforms YouTube—which only garnered 22% favorability. 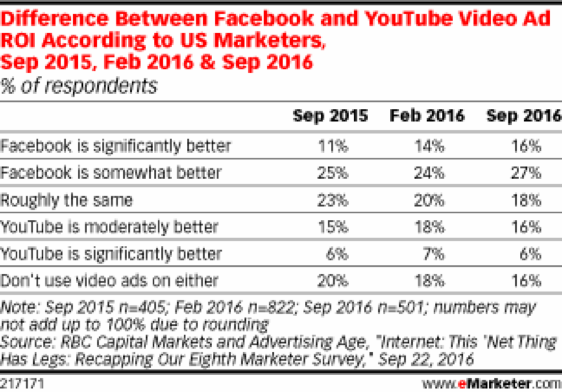 What Are Your 2017 Advertising Plans?

It’s crucial you start the new year off with a bang. If you’ve been hesitant about dipping your toe into the digital advertising waters, now’s the time to get wet.

But don’t go it alone. Boston Digital has years of digital advertising experience, and our work with clients has seen higher lead generation, smaller margins on lead acquisition, and overall brand affinity when we utilize the best advertising technology with a brilliant creative strategy.

Have more to add to the story? Let us know on Twitter or LinkedIn.

The Ultimate Guide to Tactics for Fixing Your Funnel
Download now Make It Feel Real: How to Design a Compelling Virtual Tour for Your College/University